Around the world, December is a month of celebration. In this article, we are talking about this “December Global Holidays 2022” topic. With so many unique holidays and customs to choose from, it can be hard to know where to start. So, December is all about the holidays, sweets, snow, and having a good time. For some, it is the greatest month to spend time with friends and family, while for others, it is a time of optimism, hope, and many festivities. Whatever the cause, there’s no denying that the December Global holidays are filled with love, pleasure, and a lot of good food. According to surveys, December is the most popular month for travel, with more people booking vacations during the joyous moments of December global celebrations.

Because of the emotion that everyone experiences around this time, the month of December is also connected with happiness. People are kinder, there is more laughing in the air, and people are sharing gifts all around you. People are naturally happier in this environment because their circumstances inspire them to feel good about themselves and others without any effort. So, what are you holding out for? Get out there and celebrate all of the December holidays. Whether you’re soaking up some rays on a beach someplace or spending time with your family at home, remember that December is a time to celebrate and have fun. So, keep reading to know more about these holidays. 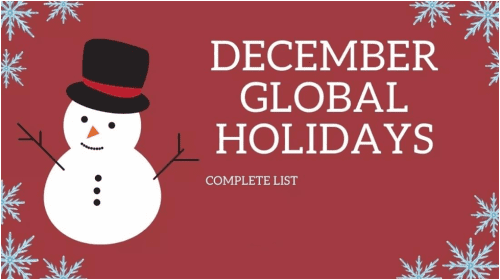 Hanukkah, also popular as Chanukah, is an eight-day Jewish holiday. The event commemorates the rededication of the Jerusalem Temple, the second Jewish temple built following the Maccabean Revolt. The rededication was remembered as a miracle by those who witnessed it. Because there was unadulterated oil, it would have barely lasted a day. However, the Menorah candles continued to burn for eight days and nights. So, this Festival of Lights is observed on the 25th of Kislev, according to the Hebrew calendar. The celebration continues for eight days and nights. People burn candles around the menorah to commemorate the event, and a candle is added each night after sunset. Besides, the ninth candle, the Shamash candle, which is also known as the helper or the candle that will ignite other candles, is added.

Every year on December 1, the globe observes World AIDS Day to recognise individuals living with HIV/AIDS and to remember those who have died as a result of the illness. So, the goal of the day is to urge people to be tested for HIV and get their reports and status confirmed. At this time, preventive messaging and techniques for limiting viral transmission are also being advocated.

Krampusnacht is a celebration of the arrival of Krampus, a demonic monster that punishes misbehaving youngsters. Flights to Germany can get you to this unique festival experience. Besides, the origins of the festival are unknown, however it may have originated as a tactic to terrify youngsters into behaving well over the Christmas season. Krampusnacht is celebrated in Germany and portions of Europe around the beginning of December, with celebrations varying by municipality. A gang of young males dressed as terrifying animals may go door-to-door scaring youngsters in some places. This has now become one of Europe’s national December worldwide holidays, with people partying or marching and enjoying tasty delicacies, beverages, and music.

Bodhi Day commemorates the time when the Buddha attained enlightenment. Most nations observe it on December 8th, while some observe it on various dates.

The Immaculate Conception is a Catholic feast day commemorating the conception of Jesus Christ by Mary, Jesus’ mother. It is also one of the most major Catholic feasts and is observed on December 8th.

Human Rights Day is a unique day that commemorates the fundamental human rights that all human beings are entitled to. Every year on December 10th, it is a time to reflect on the progress made in defending human rights across the world. It is also a chance to renew our commitment to treating all people with decency and respect.

Saint Lucia’s Day is not the most well-known of the December worldwide holidays. Nonetheless, December 13 is a religious event honouring Saint Lucia, the patron saint of light. Special church services, parades, and cookouts marked it. It is also a day to mark the beginning of the Christmas season in several countries, such as Italy and Sweden.

So, it’s the one thing we all have in common: our world was bleak before Jesus arrived. People all across the world are remembering Jesus, who gave the world both hope and joy by coming to Earth on this magnificent Christmas Eve. Some individuals go to church or spend time with loved ones on this day, while others celebrate and reconnect with old acquaintances. During this time of year, ham and cookies, as well as other unique delights, are prepared.

There are several reasons why people throughout the world celebrate Christmas, which is the most well-known of the month’s festivities. It is also most popularly associated with the birth of Jesus Christ, who was regarded by Christians as the son of God and a saint. Besides, celebrate this significant day by gathering with family and friends and spending quality time with them. Moreover, people meet at this time of year to celebrate, eat excellent food, and exchange gifts in a joyous setting. One of the finest ways to replenish your batteries over the holidays is to spend quality time with loved ones.

Moreover, Christmas is still extensively observed in the modern world. Every country and culture that celebrates Christmas has its own method of honouring December 25. To mention a few customs, on the eve of Christmas, family and friends meet to dine and exchange gifts. Rather than adorning their houses with lights and putting up a Christmas tree, some individuals use the holiday season to travel and spend time with family and friends.

So, Boxing Day is a public holiday that occurs the day after Christmas and is historically observed by distributing food and money to servants and the destitute. Boxing Day, one of the finest December global holidays, is recognised and celebrated by shopping deals or travelling to the beach. We can see it in many countries and it is a major holiday after Christmas. This day is dedicated to service and honours those who work for you, such as postmen, labourers, guards, cooks, and so on. People give each other thank you cards, gifts and awards. 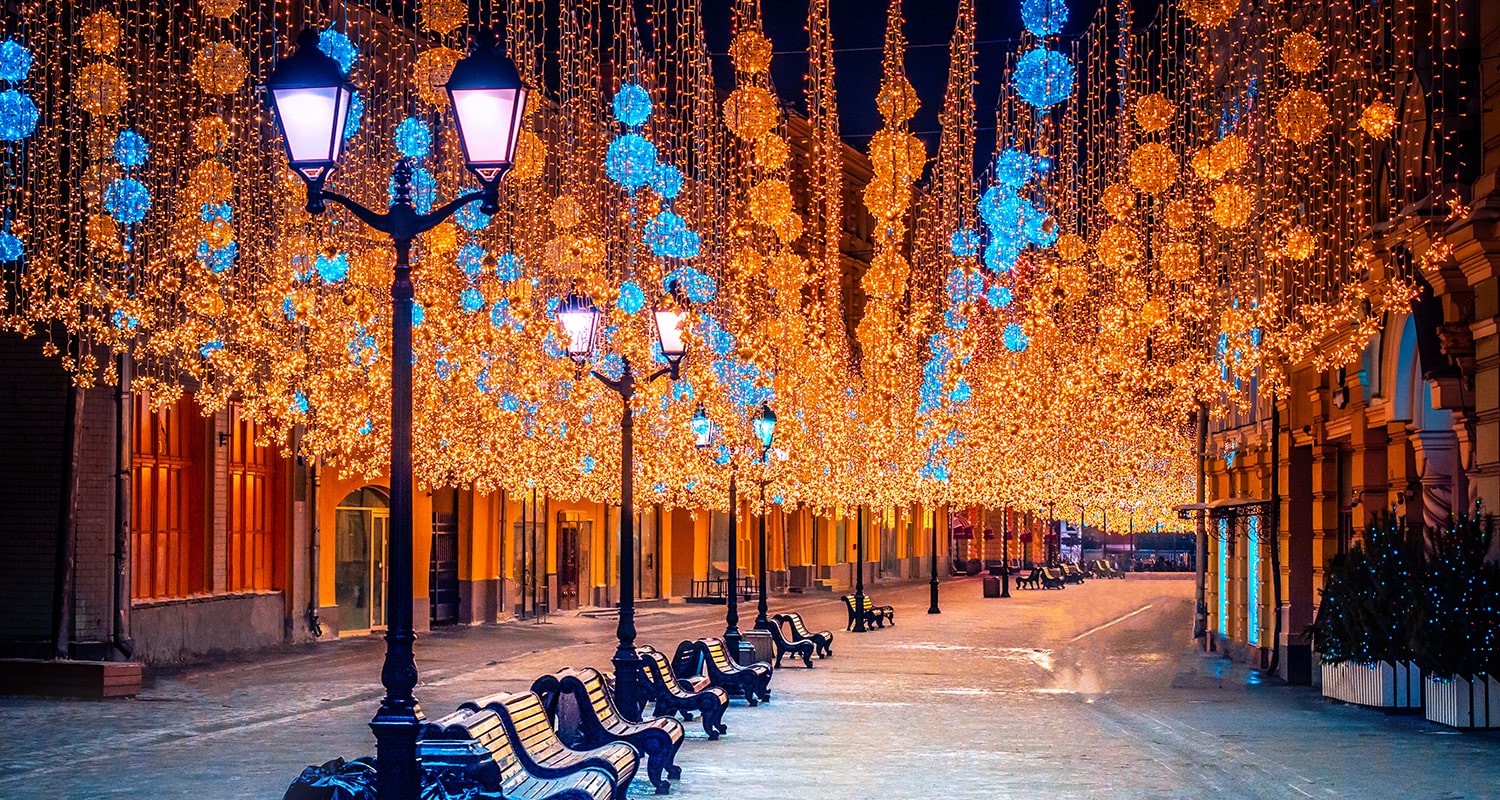 As a family, create decorations. This may be an enjoyable way to spend quality time together and make lifelong memories.

Which month is famous as “Holiday month”?

December is popular as Holiday month.

What are the names of the December Global Holidays?

So, Christmas, Hanukkah, Kwanzaa, New Year, and Winter Solstice are the major global festivals in December.

What is the number of holidays in December?

December worldwide holidays begin at the beginning and continue until the conclusion of the month. However, each country has its own set of December holidays. In general, the month of December has about 15 holidays.

Yes, both Christmas and Boxing Day are considered paid vacations in many nations. However, the rules may differ from one nation to the next.

What are the lyrics and chords for the December worldwide holidays?